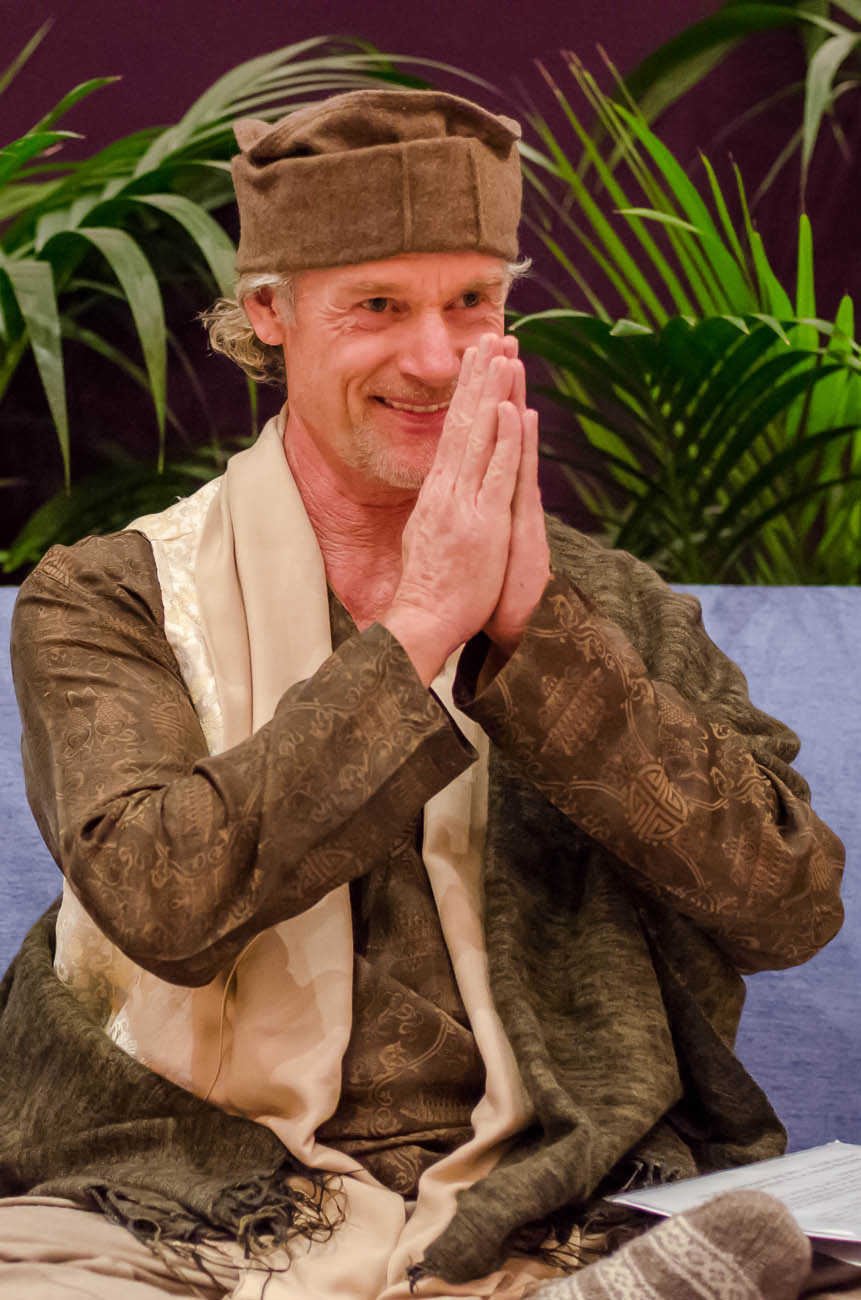 A very lucky and happy group of people have found their way to the Sacred Silence at Dharma Mountain. 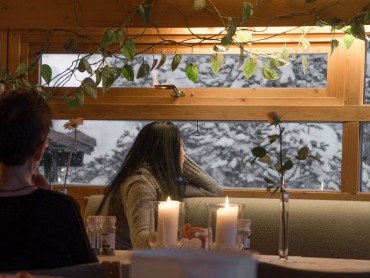 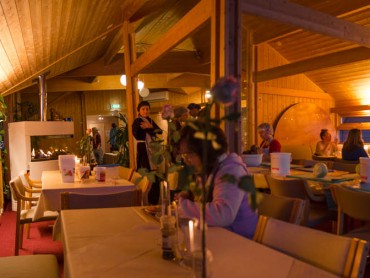 For days, light puffy snowflakes have been dancing their way down from the sky, covering the valley with a soft, silent carpet of fluffy powder… And enhancing the silence. 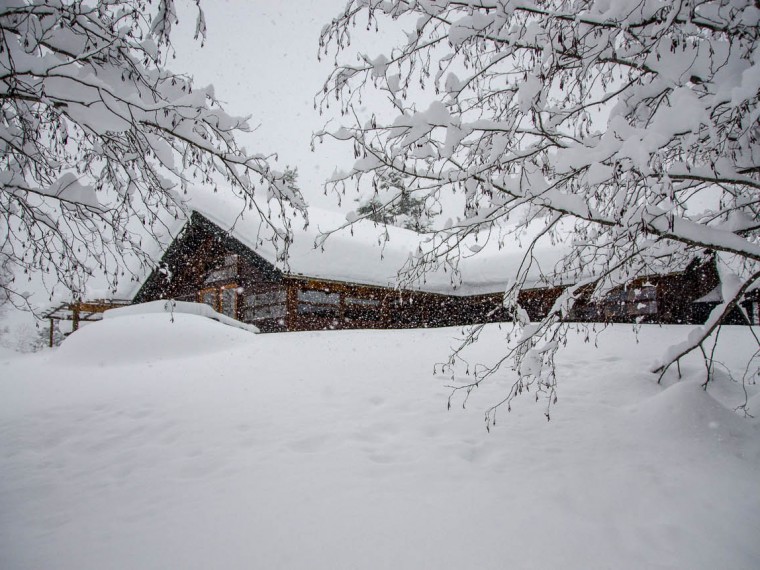 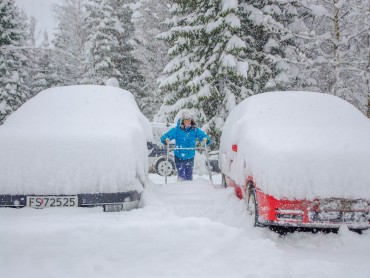 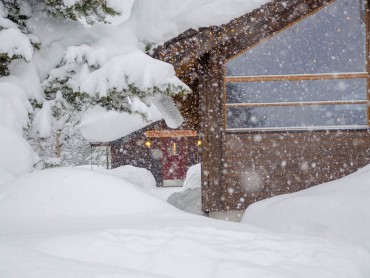 When we jump into it, we just disappear in snow! 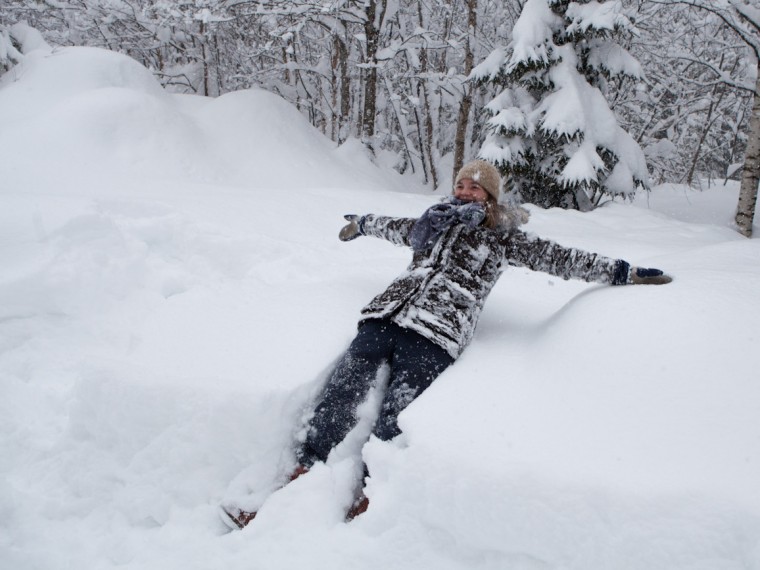 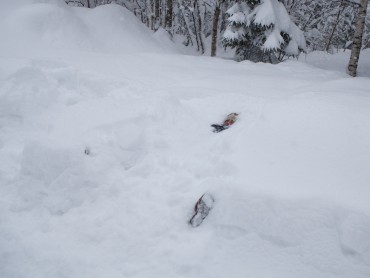 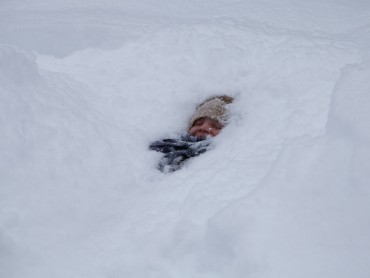 And in some mysterious way, we are like these snowflakes. 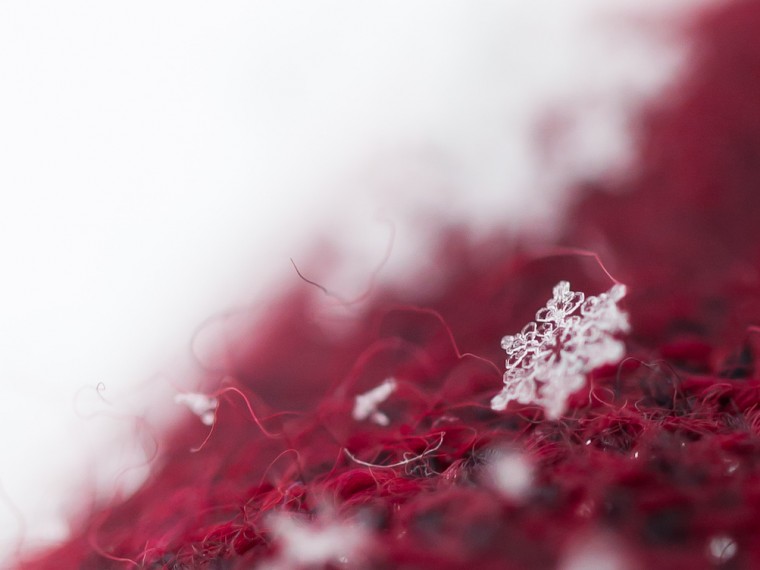 Gently falling into our Master’s hands – to melt and disappear.
Ah – This!  The answer to our longing. To just be close to the fire. 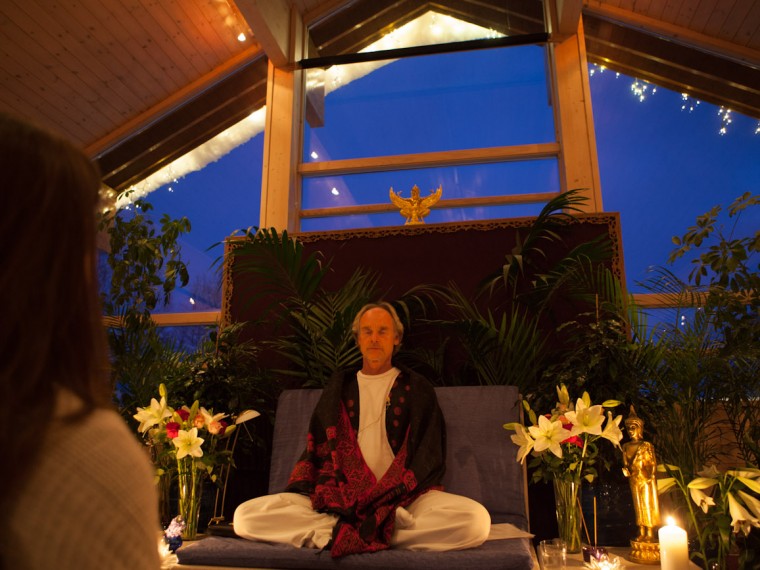 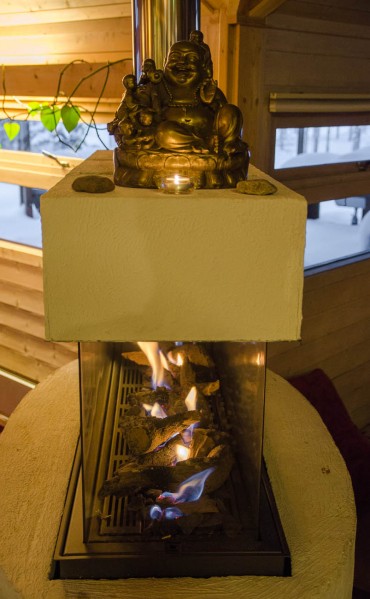 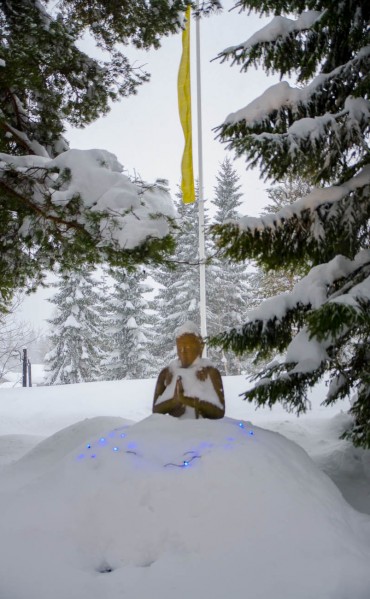 Sitting with a friend, we ask each other: Who are you? Yes, Who am I? As the question is repeated, we investigate ourselves, going deeper and deeper – beyond the conventional ideas of who we think we are. 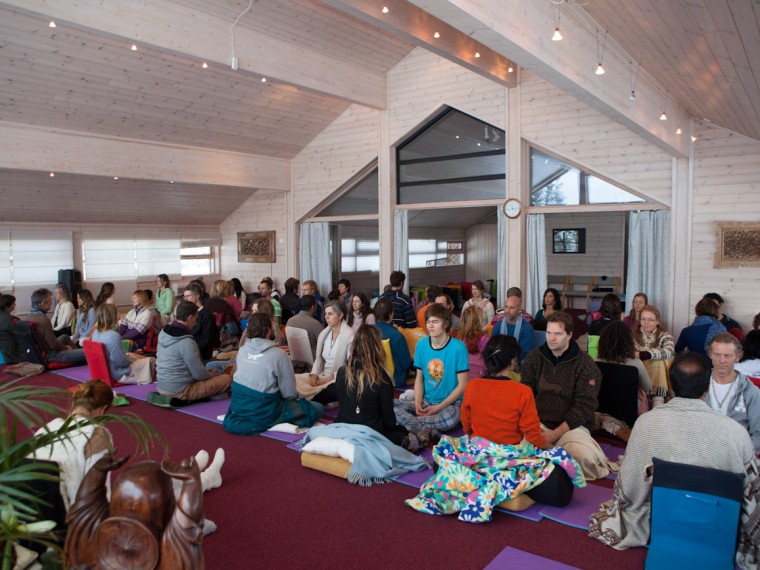 The invitation is to stay with ourselves, and to be playful, light and curious about what comes up. 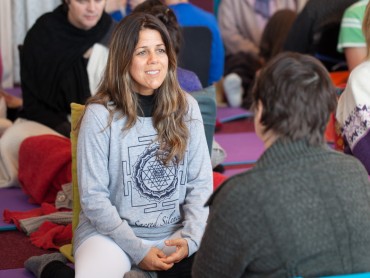 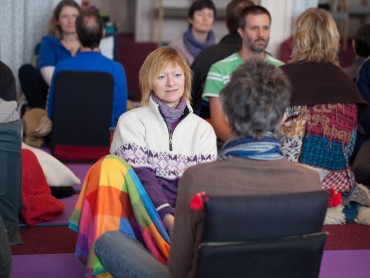 Again, who are we – Really?  In Satsang, we melt into the Light of the Beloved, and it all falls into place. 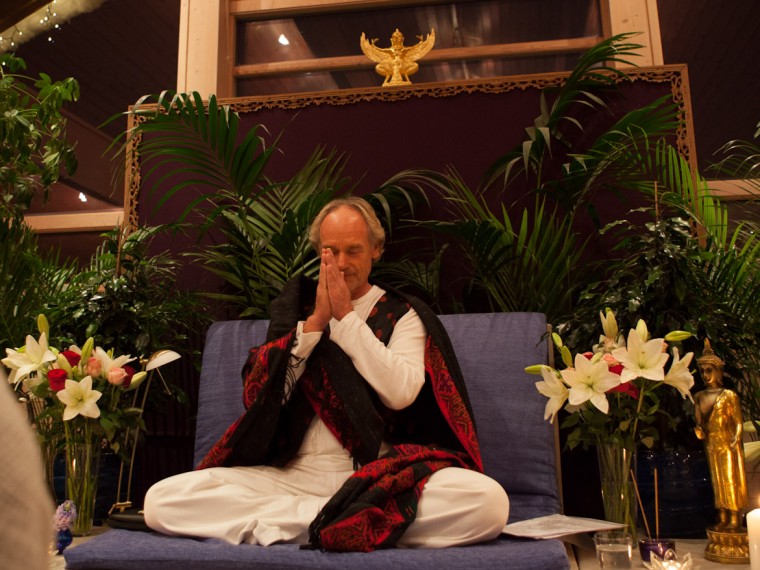 Insights emerge through this process. In a letter, a friend shared about becoming nothing. Swaha responds:

You are half God, half man; half material, half spirit. You are the physical, but in that physical you have the non-physical. In the matter you have the non-matter. In that somebody-ness you have nothingness.
And what is nothingness? It’s no-thing-ness. You are not a thing; you are much more than just a thing. You are pure vastness, consciousness.
There’s more in this world than just things, but everybody just sees things, everybody just sees forms, appearances. That’s why everybody’s afraid of death, for they know only the body, the form.
Only the form dies; the nothingness, the consciousness cannot die; that which is beyond the form cannot die. To realize that, is freedom. To realize that, is the essence of meditation.

There is an end to suffering.  But there is no end to bliss. 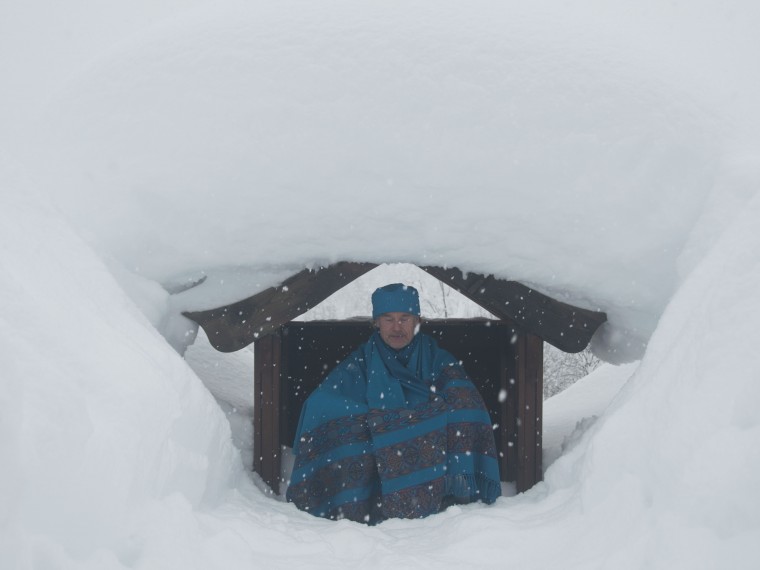